When you think of social media today, Facebook, Instagram, Twitter, and LinkedIn are probably the social media platforms that come to mind. You may have forgotten about struggling to pick your top friends on your Myspace account during the early 2000s.

The first social media site is known to be Six Degrees, a site launched in 1997, where users could upload photos and "friend" each other. Then blogging was born as a popular platform called LiveJournal, which became popular as users were able to update friends on what was happening in their lives. Fast forward to 2019 and Facebook and LinkedIn still use a form of the "status update" feature on their platform, allowing users to share posts, with much fancier options. Now users can share updates and comments with photos, videos, events, and GIFs, with the tap of a finger.

Complimentary checklist with 5 Steps to Organize Your Finances

How is social media relevant in medicine?

The global physician community can even send a united response to organizations who make offensive comments to doctors. Simple hashtags aggregate the conversations and posts, where the posts can easily be found and tracked.

In November of 2018, the NRA tweeted, "Someone should tell self-important anti-gun doctors to stay in their lane. Half of the articles in Annals of Internal Medicine are pushing for gun control. Most upsetting, however, the medical community seems to have consulted NO ONE but themselves."

Social media channels were flooded with blog posts and social media posts responding to the NRA's tweet like the one above. Physicians responded with hashtags such as #StayInMyLane and #ThisIsMyLane. Dr. Kathrine Holte's tweet has been retweeted 3,000 times and received 7,400 likes.

Many physicians are still evaluating and adopting the power of social media and how it can be used to continue building a personal brand in this digital age. Find out how these five powerful women in medicine are leveraging social media platforms to building strong communities.

In 2017, Dr. Corriel founded a community called SoMeDocs, which is short for Doctors on Social Media. She recently wrote an article called The Rise of the Social Media Doctor, featuring quotes from fellow physicians in the SoMeDocs community and explaining why she entered the social media realm.

SoMeDocs is an omnichannel community, which is another fancy marketing term meaning the brand is present on multiple web channels including social media accounts and a website. For example, SoMeDocs has a Twitter account and a closed Facebook group where Dr. Corriel moderates discussions and Twitter chats. Her platform has gotten somuch traction that other physicians have chipped in to moderate discussions, which was Dr. Corriel's mission all along. Across the SoMeDocs website, Facebook, and Twitter accounts, the group is described as a creative space for physicians & medical students (MD/DO) to grow their social media voices, sharpen skills, & collaborate/support one another.

Lexie Mannix: Co-founder of She MD

Lexie Mannix, MD is the co-founder of SheMD, a virtual community of practice striving to inspire and educate women in medical training about gender disparities and to provide tools to overcome inequality. Dr. Mannix encountered gender inequality at a young age, when she and her father successfully advocated to establish a girls basketball league in her home town. She intentionally studied women and gender topics during college and was one of three women in her emergency medicine residency program.

In early 2018, Dr. Mannix joined forces with Dr. Melissa Parsons to form SheMD. When talking about why she co-founded the virtual community, Lexie said, "SheMD is the perfect platform to help use my privilege as a medical educator and recent resident to improve medical training for women and all other under represented groups in medicine.

According to the Mayo Clinic, Dr. Duma was selected by her peers to be a diversity and inclusion champion. As the 2018 National Hispanic Medical Association resident of the year, Dr. Duma utilized her recognition to create Latinas in Medicine, a Twitter community for Latinas in all health professions. The twitter community is run by Dr. Duma and two other female physicians.

As you can see, Dr. Duma has transferred the skills she has gained as Chief Hematology & Oncology resident and diversity and inclusion champion to a virtual community where she can reach even more underrepresented groups in medicine. Check out her guest blog published on the American Society of Clinical Oncology website: Click here.

As a Board Certified Dermatologist, Dr. Joyce Park naturally blogs about skincare and beauty on her website, Tea With MD. The Dermatologist took a year off during medical school to pursue medical journalist at Stanford, where she also completed her undergraduate degree and medical school. During her journalism studies, Dr. Park worked at the communications office at the World Health Organization in Geneva and worked for NBC News Chief Medical Editor, Dr. Snyderman in NYC .

The beauty and health blogger's one year of journalism studies seemed to pay off, seeing as Dr. Park is on her 12th journal and the Tea With MD boasts a large social media following with close to 38,000 followers on Instagram. In addition to health and beauty, Dr. Park blogged about her path to MD throughout training and tells her readers about her travels, shopping, and dining experiences.

Dr. Shillcutt is a well-known international & TEDX speaker who has given over 125 presentations in a variety of topics. The Cardiac Anesthesiologist founded Brave Enough after feeling empty and alone, even though she had built a successful career in medicine. Brave Enough is a brand that advances women in leadership by discussing tactics toward gender equity, and empower women to be CEO of their own life.

As Dr. Corriel says on her personal website, "I belong to a class of professionals who have been known to neglect the right side of their brains! But I don't." These five creative female physicians express themselves through writing/blogging, podcasting, creating pretty social media photos and graphics to not only share stories about themselves, but also lift up fellow women in medicine.

Shout out to these awesome women who are building strong communities to empower one another and ensure their fellow women in medicine do not feel left behind. 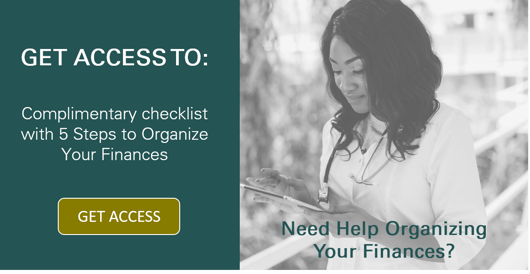 Molly was the marketing director at SDT from October 2017 through November 2020. She is passionate about connecting with people, digital marketing, and serving her community.

Acronyms make up the language of the healthcare ecosystem. CMS, HIPAA, CPT, and RVU…to name just a few!

END_OF_DOCUMENT_TOKEN_TO_BE_REPLACED

Buying Into a Surgery Center

Making the decision early on in your physician career to buy into a surgery center can be a daunting one. (It can be really daunting at any stage in ...