Schedule a Call with John Dameron 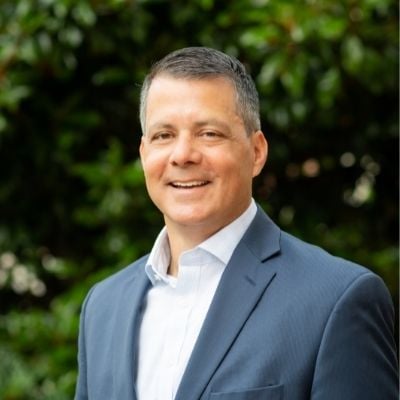 Growing up with seven other siblings taught John Dameron many life skills: perseverance that allowed him to build a successful business, patience to be a good listener, coach, father, and mentor, and compassion to be able to put himself into others’ shoes. These attributes, without exception, would serve John well later in life as he pursued a path in financial services. Upon graduating from college, John started a career with Marriott, but seeking more autonomy over his future, he decided to change course. John became a partner at Spaugh Dameron Tenny in 2002.

Through his relationship with Carolina Medical Center (now Atrium Health), John began developing a series of lectures on financial management focused on the needs of physicians and medical residents. The classes were very well received, and John has now lectured at over a dozen teaching hospitals nationwide. Today, Spaugh Dameron Tenny educates and advises physicians in more than 30 states – as clients relocate and establish practices or take new positions throughout the country.

Coaching is a role that comes naturally to John, whether at the office or at home. His greatest strength is his ability to encourage others to systematically plan for and reach goals they may not have considered attainable. Nowhere is this more evident than at Spaugh Dameron Tenny, where John listens carefully to his client’s fears, dreams, and aspirations.

“I do my best to truly understand what keeps my clients up at night, and then guide them through the necessary steps to reduce their anxiety around personal finances.”

John helps clients cultivate financial habits to support their long-term financial goals and works patiently alongside them to help them plan for their future. A former competitive athlete in college and high school, John still loves sports and is heavily involved in coaching his children’s soccer, baseball and basketball teams.

Outside of work, John enjoys grilling (ask him about his homemade rubs!), boating, and hunting. John’s son Fletcher graduated from Appalachian State and his son Tyler graduated from the University of South Carolina. John resides in Indian Land, SC, with his wife Meredith and their two sons, Lucas and Benton, and their daughter, Palmer.